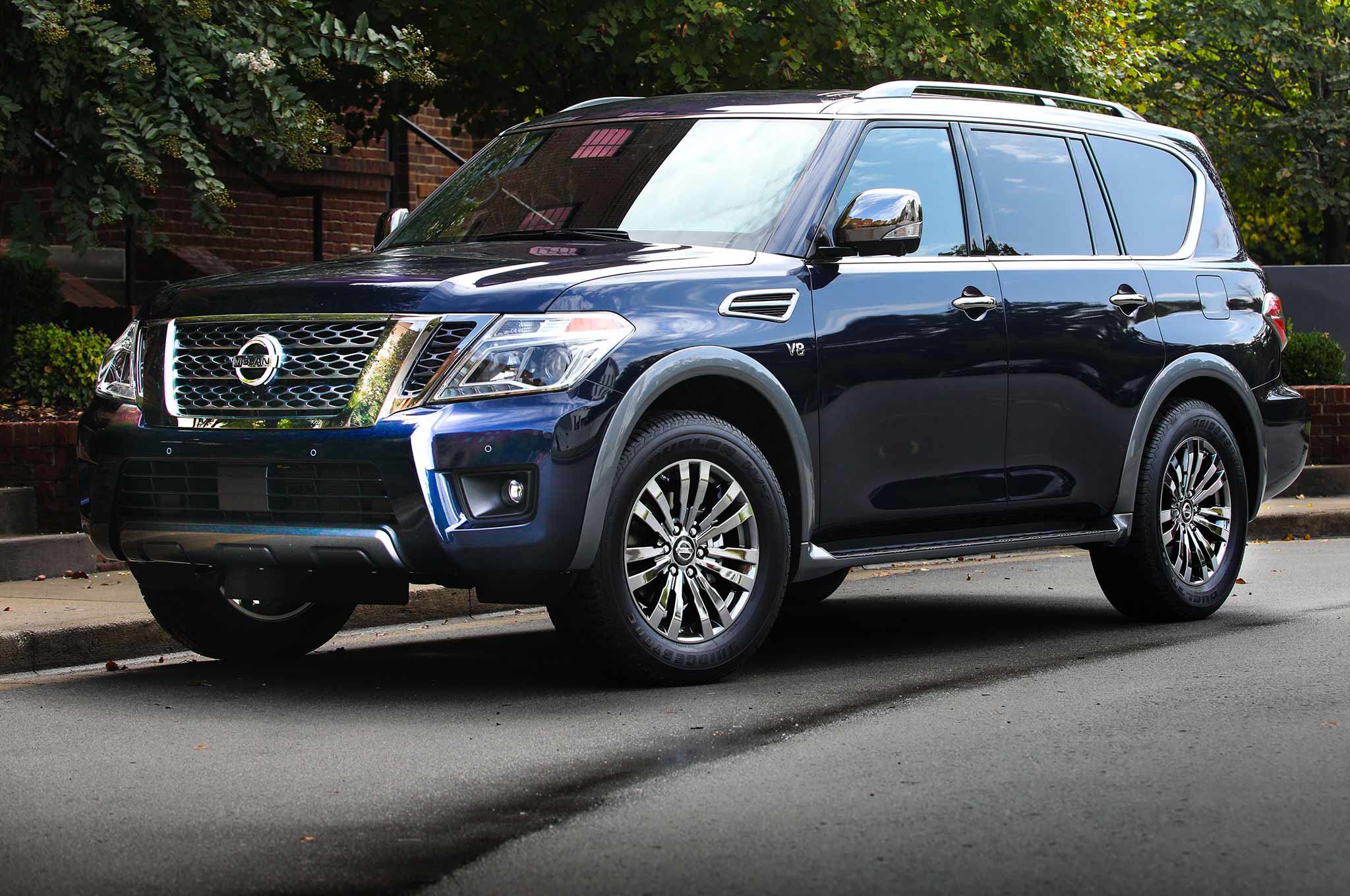 At the 2017 State Fair of Texas, Nissan unveiled the Armada Platinum Reserve, the new range-topping model in the 2018 Armada lineup, slotting above the Platinum. Key differences in the 2018 Nissan Armada Platinum Reserve include dark chrome exterior trim, 20-inch dark chrome alloy wheels, a two-tone leather interior, wood-tone interior trim, and a center console with ?Platinum Reserve? embossed in it. Pricing starts at $62,985 including destination for rear-drive models and $65,885 for four-wheel-drive variants.

Like the Platinum trim, the Platinum Reserve will come standard with the Intelligent Rearview Mirror that adds a built-in monitor to the rearview mirror that prevents the driver?s vision from getting impeded by tall passengers. Powering the 2018 Nissan Armada Platinum Reserve is a 5.6-liter V-8 with 390 hp and 394 lb-ft of torque that comes paired exclusively to a seven-speed automatic transmission. Fuel economy ratings for the 2018 Armada are 14/19 mpg city/highway for rear-drive models and 13/18 mpg with four-wheel drive.